Reflections on the Life of my Mother 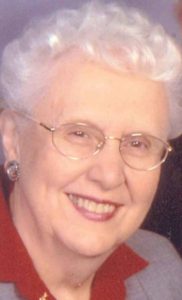 Today, we laid my mother to rest.  These were the remarks – which I did my best to get through – at her funeral today:

Where do I begin to reflect on 82 years of my mother’s life in a few minutes?  Or even the 54 years that I knew her as my mother. She was not one to promote herself or be the center of attention.  You would never find her on the front page of the paper.

She invested herself in her family, close and extended.  She loved her family.  She loved the history of her family – both hers and those of her husband.  She spent countless hours researching genealogy and compiling family history, photographs, letters and stories.  I am grateful for the opportunity I had to be her partner in research and we often enjoyed talking about the latest find or the frustrations of dead ends in the family tree.  I remember fondly going to Frankfort, KY to the library looking for hidden secrets from the past about their lives of those who came before us.

I was especially overjoyed as we discovered the location of the graves of Dad’s early Kentucky ancestors hidden away on private property.  Mom was excited to find it, but was no Indiana Jones.  When we discovered from the land owner it was covered in dense weeds and overgrowth, Mom decided that was not for her and waited in the car.

Over the years, Mom compiled over a thousand family records with hundreds of pages of records with a family tree going back to the Mayflower and beyond.  I am blessed with this treasury of records and history that I will seek to flesh out and extend in years to come so that her gift to her children and grandchildren will last far into the future and inspire many generations of her descendants.  Beyond records, there are stories which I have shared with my children and will be shared for generations to come.

Mom had many passions.  Those passions touched the life of each person here.  One of Mom’s greatest passions was family.  She wanted the best for us. She wanted us to excel and exceed in school and in non-school activities like 4-H.  She taught us her passion for music, which has been a life-long love of mine.  She introduced me to a variety of music and gave me love for classical symphonic music.

She wanted us to be able to do things that she had been unable to do as a child, including travel.  However, that did not include flying. Mom had an impending sense of doom about airplanes.  I would end up not flying until age 37.  Even then, I would not tell her ahead of time that I was flying.  I would call her once I had landed to let her know I had safely arrived.  This became a regular habit for every flight I have taken since.

This was not Mom’s only phobia. I cannot count the number of times we had to return home on the way to church, a school event or a trip because someone MIGHT have left the iron or the toaster plugged in.  Mom was not terribly concerned about navigation before a trip began.  In fact, she would often say “all roads lead to the same place,” but once on the road, she was convinced we had missed – or would miss – an exit on the interstate and, as a result, we were doomed.

Mom was excitable, sometimes at minor things, but sometimes major ones.  This could be most challenging at times. However, she was focused on the important things.  Mom believed that her first duty as a mother was to lead us to Christ.  She was devoted to her churches and family. Her love for the Lord was evident.  She encouraged us to read Bible and was quite insistent on church attendance and being active in youth activities – such as Sunday School, youth groups and church camp.  She was heavily involved in Bible Bowl, which was obviously a clever trick to get kids to read their Bibles.  It succeeded.

As a young child, I was not fond of being read to, although I was interested in books. She encouraged me and taught me to read them myself – well before I went to school.

Although uncommon in some families, talking politics at the dinner table was common practice in ours.  This engendered for me a lifelong love of history and politics.  She helped me learn the names of all the Presidents and Vice-Presidents by number of their Presidency by age 5.  I was probably one of the only 5 year olds intently watching the 1968 presidential election returns with my own electoral map.  She made a family tradition of watching the returns and having hot dogs in the crock pot for the long evening.  We often had peanuts as well, but this became difficult in 1976 since Jimmy Carter was a peanut farmer.

Mom had a strong sense of fairness.  When we got in trouble and deserved it, she let us know we deserved it. However, if we had been treated unfairly, God help you. She fiercely defended her own. However, she would often look to Dad and say “what are you going to do about that?”

She taught me important lessons about people – who they are as children of God and their value as human beings.  I remember her being upset at the assassination of Robert Kennedy. Now Mom was no fan of Mr. Kennedy, but she knew that violence and injustice were never a solution and that we are all children of God.

I will never forget as a young child the first time I encountered someone of a different skin color from that of mine. I was at a Christmas program at East Side Elementary School and seated next to an older African American woman.  For some reason, I was afraid and moved as far away in my seat from her and as close to Mom as I possibly could.  I’m sure it was quite embarrassingly obvious. She did not shame me, but quietly explained to me that this woman was a very nice woman and that some people have different skin color.  It didn’t make them any less of a person make them someone to be feared. She later shared about her friend in college who was African American.  She told me about the unfairness of how they couldn’t take her to some restaurants and how that made her friend feel.  I have never forgotten how she quietly dispelled my ignorance and fear and taught me love and the equality of our human condition.  As irony would have it, I decided to follow Christ after a presentation by African American singers who did a presentation on the history of the old spirituals and the faith of their ancestors.

In light of this, I remember being horrified as an adult when Mom was going through old family pictures and showed me a picture of her father in Klansman robes.  She calmly explained that in the 20s, nearly all the men in the community were members as that was the Klan’s heyday in Indiana.  As the Klan was exposed with the fall of D.C. Stephenson, he greatly regretted his involvement.  In this, Mom taught me that people are not only not defined by their skin color; they are also not defined by their mistakes.  She exhibited that to me time and time again. She was often an instrument of God’s mercy and grace when I needed it the most.

Mom’s fairness was not always peaceful.  As a child, I was, with the exception of a brief growth spurt in 4th and 5th grade, always height challenged.  As a result, I was often picked on and sometimes bullied.  One particular day in the neighborhood, there was a boy in the neighborhood who was a giant (at least in my eyes).  The other kids feared him and he used them to pick on the smallest – me.  The teasing was pretty vicious and I ran home crying.  Mom was hanging clothes on the clothesline, as was routine in the days before dryers were common.  I told her what had happened and she told me go back.  Now this was not what I was expecting. I tried to explain to her about the giant boy, but she insisted that I go back.  I walked back, apparently very slowly.  To my surprise, she was already there – with other parents.  They separated the other children from the bully.  Mom brought the two of us together and said now you to go at it. I was horrified.  I kept thinking, “Mom, do you not see how big he is!”  We stood there facing each other for seemed an eternity. I finally took a swing and landed a punch – which surely could not have hurt as I was small and terrified.  To my shock, he turned and ran away.  Mom, of course, knew that would happen. She knew that I had to learn to face my greatest fear and confront it.  Following that day, I never had another problem with that boy. Though others still feared him – as he always was big and strong – he always respected me and we never had any problems.  To this day, I have no patience for bullies and those who prey upon the weaker and believe it is our duty as children of God to stand up for them and fight oppression.  I owe that to my Mother.

While the last few months have been very hard and Mom was not the same person she was in earlier years, there were flashes of who she was that would come back from time to time.  At the end, she was unable to talk in any meaningful way. Dad and I had been with her for some time.  She tried to talk, but all that she could muster was “baby talk.”  As we laid her in bed, I kissed her and told her I loved her.  As clear as a bell, she said, “I love you too.”

The next day, I stopped by before coming home to Indianapolis. She had been asleep all day.  While I was there she woke up.  They brought into the main room and gave her dinner, but even with me trying to help, she would not eat.  However, in a moment of complete clarity, she looked at me and said, “I know it sounds crazy, but I’m afraid to swallow.”  I told her I understood.  She had a couple of amusing moments that night.  Since she could not eat, I took her for a ride up and down the hallway in her wheelchair. We were followed by one of the residents who was convinced I was making an escape with Mom and that I needed to take her with me.  I explained that we weren’t going anywhere, but she remained adamant.  When we returned to the table, Mom told me, “I don’t know what that woman’s problem was. You tried to tell her.”  She was quite concerned about who was going to do the laundry.  I assured her it was being taken care of.  She also was quite adamant that she was not going to follow “that man’s rules” whatever those were!  I guess I come by it honestly.  As it was time to go, I kissed her and told her “I love you.”  She replied “I love you too.”  Those were the last words I heard her speak.

I will always treasure those two nights.  I can’t stress enough.  You can’t tell your loved ones enough that you love them. Hug them, hold them and kiss them as long as you can.  I love you Mom.