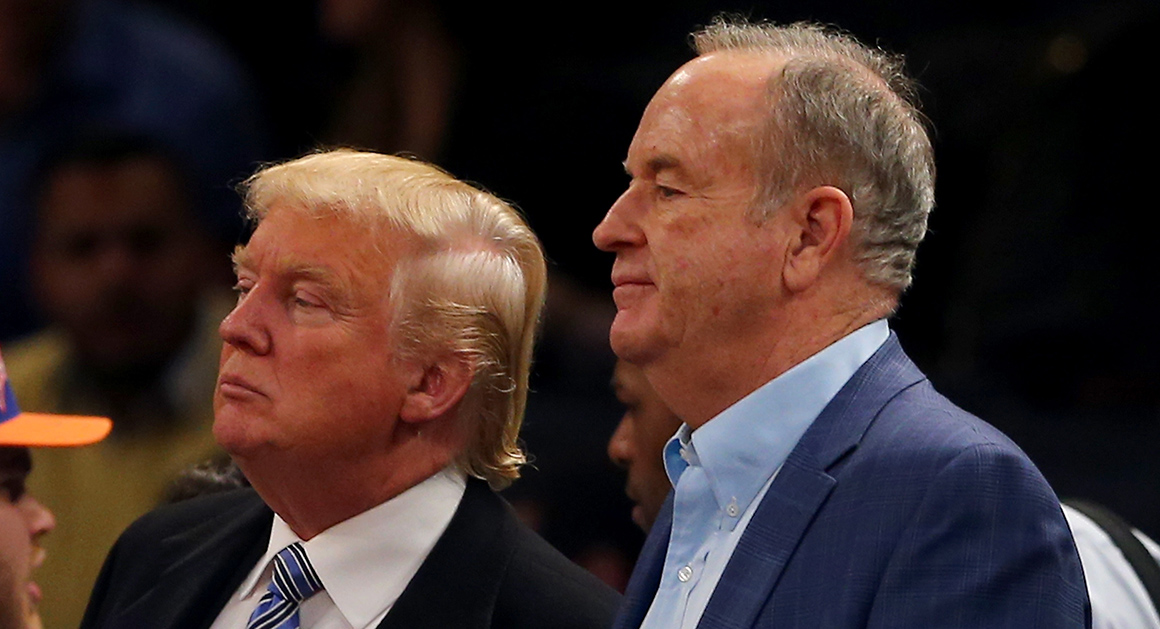 In the latest episode in the drama that is the Trump campaign, Trump asserts he will indefinitely not appear on Fox News citing unfair coverage.  This of course is a renewal of the feud where Trump claimed that he was treated unfairly in the first Presidential debate, particularly by Fox’s Megyn Kelly who questioned Trump regarding his comments about women.  He initially boycotted Fox, but then claimed he had a conversation with his “good friend” Roger Ailes, CEO of Fox News, and that the issue was resolved.

Later, when Megyn Kelly returned from vacation, he lashed out at her on Twitter criticizing the show and saying “The bimbo is back.”  Fox publicly stood by Kelly and attacked Trump’s comments.  Trump agreed to lower the vitriol of his Twitter comments and resumed appearances on “friendly” shows – Greta Van Susteren’s “On the Record” and Sean Hannity’s “Hannity.”

Despite Trump’s promise to turn down the volume, he continued to attack Megyn Kelly, Fox cancelled a Trump appearance on Bill O’Reilly’s show “The O’Reilly Factor” and issued this statement:

“At 11:45am today, we canceled Donald Trump’s scheduled appearance on The O’Reilly Factor on Thursday, which resulted in Mr. Trump’s subsequent tweet about his ‘boycott’ of FOX News,” the statement reads. “The press predictably jumped to cover his tweet, creating yet another distraction from any real issues that Mr. Trump might be questioned about. When coverage doesn’t go his way, he engages in personal attacks on our anchors and hosts, which has grown stale and tiresome. He doesn’t seem to grasp that candidates telling journalists what to ask is not how the media works in this country.”

Trump has continued tweets on Twitter criticizing media coverage of him and his comments – especially Fox – and claims that he is the one boycotting them.

While Trump has been masterful at getting himself in the news, this tactic is stale and old.  His numbers are in decline and no amount of whining will change that.  Van Susteren and Hannity completely pandered to him, giving him mountains of free coverage almost nightly.  Others at Fox were not as enamored by Trump and objectively reported on Trump – which he viewed as “unfair coverage.”

It’s time to move past the summer of silliness and get down to the business of selecting a serious candidate.  A candidate who cries every time someone doesn’t speak well of him isn’t serious.  It’s time to get past the reality show and get back to reality.

Scott Walker is out of the race.  He is announcing the suspension of his campaign for President in a press announcement at 6:00 P.M. EDT in Madison, WI.  His New Hampshire campaign chair, Cliff Hurst, announced that he is endorsing Marco Rubio for the Republican nomination for President and will serve as New Hampshire state co-chair of the Rubio campaign.  New Hampshire is home to the first Presidential primary next February. Scott Walker has called a press conference in Madison at 6:00 P.M. EDT.  It is widely expected that he will announce that he is withdrawing from the race for the Republican nomination for President.  Walker, an early favorite of many conservatives, who once led the field in the polls – especially in the crucial early caucus state of Iowa – has dropped to less than 1% in the last CNN poll.  If he quits, he will be the second Republican to drop from the race.  Rick Perry announced his withdrawal from the race on September 11th. Voter Gravity, a polling company that targets smartphone users, released a poll today that shows Fiorina with 22 percent support among Granite State GOP primary voters. She has a 4-point edge over Donald Trump, who has 18 percent support.  Ben Carson came in at 10 percent support – followed by John Kasich, Jeb Bush and Marco Rubio.

Of course, one “flash” poll targetting smart phone users doesn’t confirm that the Trump juggernaut is derailed.  However, there is no question that the debate impacted several candidates.  It grew Carly Fiorna’s stock from minor league to major player.  The Donald is not “untouchable.”  Ben Carson may not be the Trump alternative.

A few hours before being expected onstage, Donald Trump cancelled a speaking engagement with the Heritage Action Presidential Forum citing a “significant business transaction” that had been delayed.  Losing no time, Governor Bobby Jindal, Trump’s most vocal foil of recent, tweeted the following:

Why We Remember September 11th Today is now what we have called Patriot Day, as a remembrance to those lost to our nation from the terrorist attack on September 11, 2001.  For most of us that date, and the event, is etched upon our memories.  Prior to that date, people often talked about remembering where they were and what they were doing when President John F. Kennedy was assassinated – except those of us who were too young or not yet born.  We now speak of memories like that regarding the September 11th attack.  All of us, except the youngest among us, remember where we were and how we heard the events of that day and all that followed.

It was a loss of innocence.  These kind of things weren’t supposed to happen here.  They happened in other places, but not here.  Yes, there had been prior attacks.  There was the bombing of the Trade Center in 1993 and the bombing in Oklahoma City in 1995.  However, this was different.  Those seemed to be isolated incidents.  This was an orchestrated attack.  A group of people actively wanted to kill us and had lived and worked among us.  We lost almost 3,000 people.  Our financial center appeared to be crippled.  The stock market shut down.  Our nation’s capital was under attack.  The airlines all shut down.  The skies were empty. There were no contrails in the sky.

The days that followed were troublesome still.  Between the events of that day and the anthrax attacks that followed, none of us felt safe.  We all knew that the world had changed.  There would be many changes in the way we live and travel.  However, 14 years removed, the memory becomes more distant.  I read from some postings in social media today that we should “let it go.”  Have we moved on?  Is it something we just “get over” and “move on”?

On that day, 2.977 people started a day like any ordinary day, only to have no other days. They went to work or boarded planes.  On that day, children suddenly became fatherless and/or motherless.  On that day, married people suddenly became widows and widowers.  On that day, parents lost their children, families became smaller, lovers lost their partners and friends lost friends.  New York City lost some of its finest first responders.  The New York Fire Department was decimated while they, along with officers of the New York Police Department and the Port Authority, rose as heroes to perform their duty, losing their lives trying to save the lives of others.  They did not ask to be heroes.  They performed their duty.  Ordinary citizens aboard a plane bound for San Francisco, who did not ask to be heroes, rose in defiance giving their lives to save many others.

The words of Abraham Lincoln at Gettysburg still echo truth of the importance of our memories of tragedy and courage:

It is rather for us to be here dedicated to the great task remaining before us—that from these honored dead we take increased devotion to that cause for which they gave the last full measure of devotion—that we here highly resolve that these dead shall not have died in vain—that this nation, under God, shall have a new birth of freedom—and that government of the people, by the people, for the people, shall not perish from the earth.

This is why we remember and why we must never forget.

Because Hillary wanted me to know ….

Hillary is concerned.  She’s concerned enough to email me to make sure I understand about her emails.  She realizes she should have 2 email addresses, but never suggests that one of them should have been a state.gov address.  Hmmmmm …… Here’s the email:

I wanted you to hear this directly from me:

Yes, I should have used two email addresses, one for personal matters and one for my work at the State Department. Not doing so was a mistake. I’m sorry about it, and I take full responsibility.

It’s important for you to know a few key facts. My use of a personal email account was aboveboard and allowed under the State Department’s rules. Everyone I communicated with in government was aware of it. And nothing I ever sent or received was marked classified at the time.

As this process proceeds, I want to be as transparent as possible. That’s why I’ve provided all of my work emails to the government to be released to the public, and why I’ll be testifying in public in front of the Benghazi Committee later next month.

I know this is a complex story. I could have — and should have — done a better job answering questions earlier. I’m grateful for your support, and I’m not taking anything for granted.

I understand that you may have more questions, and I am going to work to keep answering them. If you want to read more, including my emails themselves, please go here: