The Struggle for the Soul of the GOP – Part 1: The Rise of Gen X 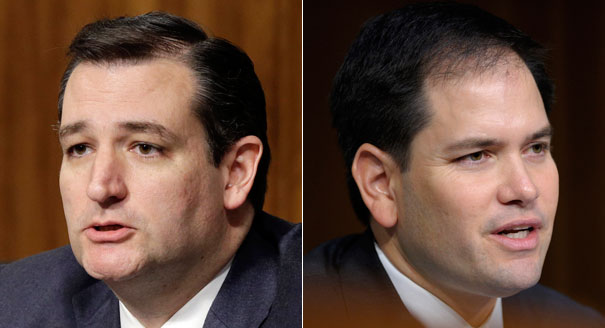 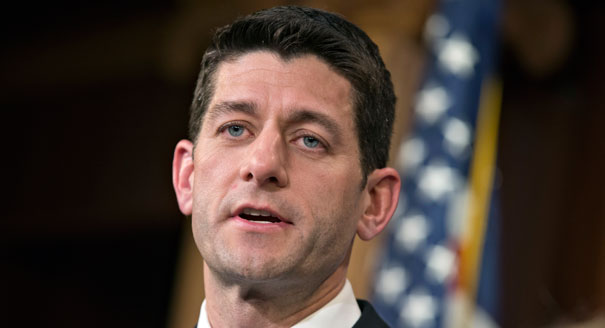 It is clear.  There is a struggle for power for the heart, mind and soul of the Republican Party.  Many have called this conflict as a “civil war” in the party, a conflict between “Establishment” Republicans and “Tea Party” Conservatives, or a conflict between Conservatives and RINOs (Republicans in Name Only).  Regardless how it is characterized, the conflict is real.  A large majority – 62% – believe their party leaders have actually “betrayed” the rank and file and conservative principles.

I will examine this divide in a multi-part series.  I want to examine this conflict by looking at how we got to this point.  What has caused this uproar?  Is it as Peter King and many Democrats have said that the party has been “taken over by crazies”?  Is it caused by the Tea Party movement? or does the conflict give them too much credit? Why now when Republicans are literally on the precipice of taking firm control of governments from the statehouse to the White House?  What are the implications of this conflict and how will it be resolved – or can it?

I had originally envisioned addressing the fall of former Speaker of the House John Boehner and the ascension of Paul Ryan in conjunction with this conflict in a different context (and I will address that).  However, in looking at Ryan and the ascension of the rising stars of the Republican Party – Marco Rubio and Ted Cruz – I was struck by what Marco Rubio has made the cornerstone of his campaign.  They are a “new generation” of leaders.

With the inauguration of Paul Ryan as the Speaker of the House, Generation X has, for the first time, emerged into national leadership.  For those unfamiliar with demographics,  Generation X is the generation born between 1966-1976.  Politics for the last 20 years has been dominated by the “Boomers” (sometimes broken into as Boomers I and Boomers II), e.g., the Clintons, George W. Bush, Newt Gingrich, Mitt Romney, John Boehner and Barak Obama.  Prior to that by the World War II (referred to as the “Greatest Generation” by Tom Brokaw and others) – e.g., Ronald Reagan, Tip O’Neill, George H. W. Bush, and Post-World War II generations, e.g., John McCain, Joe Biden, Nancy Pelosi and Mitch McConnell.

The rise of Gen Xers marks a generational shift in party leadership.  The World War II and Post-War generations lived through tumultuous times.  The World War II generation experienced the Great Depression as children and came of age in the carnage of World War II.  The Post-War generation also went through World War II, but came of age in the era of the Cold War and the Korean War.  Both generations endured the Cold War from its beginning to its end in the 90s , endured Vietnam, the social revolution brought about by their children the “Boomers” (so named because of the accelerated birthrate or “baby boom” following World War II) that saw the Peace movement, the sexual revolution, the Civil Rights movement, the psychadelic era, the birth of rock and roll, and later Watergate, the fall of a President and the Reagan Revolution and the end of the Cold War.

Gen Xers came of age in the 90s.  They grew up with the birth of new mediums of communications and entertainment – personal computers, the birth of public use of the internet, video games, and cable television.  Sometimes they have been referred to as the MTV generation – back when MTV actually played music videos.  They were the first generation to be identified with large numbers of “latch-key children.”  The World War II and Post-War generations were much more likely to uphold the status quo and were much more traditional – low divorce rate, more likely to have religious identification, and strongly patriotic.  The Boomers, especially Boomers II (born 1955-1965), were much more skeptical of “the establishment,” traditions and even religion.  Boomers II especially came of age in the era of Watergate.  However, as Boomers aged, they tended to move more toward the traditional and the status quo.  By contrast, Gen Xers remained skeptical.  In fact, they were far less likely to vote and engage in the public sector.  They were the first generation of these four that did not experience the Cold War, the social revolutions or Vietnam.  Their introduction to armed conflicts were swift and decisive military campaigns such as Grenada, Panama and Gulf War I.  They are independent, more likely to question the status quo, because they were raised that way, and also more likely to have a higher education.

While those demographic facts may be different and interesting, what does that have to do with the current battle for the soul of the GOP?  Well, a lot.  Prior to Paul Ryan’s ascension as Speaker of the House, Congress was firmly led – by both parties – by the Boomers and Post-War generations.  Both of those two generations are highly skeptical of the younger generation’s readiness and seriousness about governance and have had a tendency to hold the reigns of power close.  Gen Xers are much more likely to be collaborative.  They are not as “obsessed” with the concept of “fairness” as the Millennial generation, but they have a greater sense of it than the prior 2 generations.

The control of the GOP by the Post-War and Boomers has led to centralized control of legislation and procedure – because that’s the way it’s always been done.  The current rebellion within the party will have none of that.  Enter Ted Cruz and Rand Paul, who upset the apple cart with Republican leaders.  The leadership miscalculated the level of anger that came from groups such as the Tea Party.  House Majority Leader Eric Cantor followed the centralized path and chose to antagonize rather than embrace and guide the Tea Party and, thus, found himself unemployed.  His replacement, Kevin McCarthy, identified with centralized leadership and ultimately found his all but assured campaign for Speaker de-railed.

Paul Ryan is the first Gen Xer to become part of the elected leadership of the Republican party and the first Gen Xer to be elected to a Constitutional office.  Ryan pledged to change the House and the way it operates.  Reduction of centralized control, empowerment of members and greater collaboration.  If he follows through, this will mark a dramatic change in leadership within the party.

In the Presidential race, the current poll leaders are Donald Trump and Ben Carson.  Both are Boomers.  However, the next two fast risers are Marco Rubio and Ted Cruz, both of whom are Gen Xers.  I strongly suspect that the leads of Trump and Carson will not hold.  Trump’s numbers are fading.  He will still be a factor because he has a core group of followers.  However, that core is not expanding.  While Carson is well liked, I’m fairly certain the media scrutiny will cause his numbers to fall.  He has said too many things that will open him to serious attack.  Both Rubio and Cruz have momentum and money – especially Cruz on the latter.  Regardless how that shakes out, these two are rising stars of the Republican party.  They are an indication that change is coming to the party with new faces and new ideas.  Their rise combined with the fall of Boehner and the rise of Paul Ryan demonstrate the generational shift occurring in the Republican party.  Gen Xers are much more likely to be trusted by millennials,, who generally distrustful of Boomers.

By contrast look at the Democratic party.  There are few “rising stars.”  Between the elections of 2010 and 2014, their ranks of elected leaders has been seriously decimated.  The entire Presidential race for the Democratic nomination screams “old.”  Hillary and Martin O’Malley are both Boomers.  Bernie Sanders is in the Post-War generation.  The Democratic House leadership, DNC Chair, and Senate leadership are Boomers – except Harry Reid who is in the Post-War generation.

As the torch passes to a new generation in the Republican Party, it offers unique opportunities.  They are far better positioned than the Boomers to relate to younger generations – even the Millennials that had a significant role in electing Barak Obama.  They offer fresh ideas for policy making, solutions and even for political campaigning.  They can also present the Republican party as the party of a new generation.

The inauguration of Paul Ryan as Speaker of the House was indeed historic, as is the inauguration of any new Speaker.  However, because this is a generational shift, it is a significant moment in our history.  Gen X is now coming of age.  From here on out, Boomers will fade – along with the status quo.  We live in interesting times.